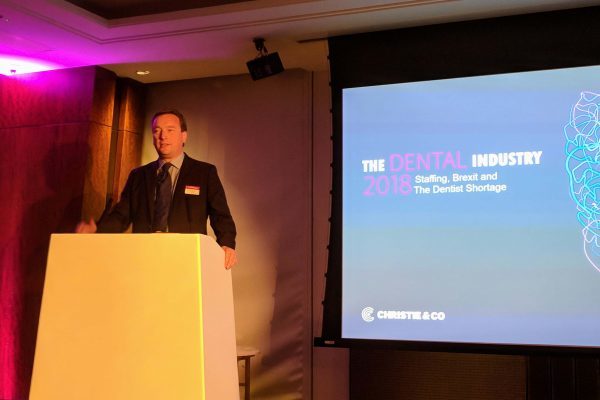 Staffing, Brexit and the Dentist Shortage shows how the market has changed over the last few years.

Dental workforce numbers have increased year on year since 2014, despite the number of EEA qualified dentists dropping.

Despite the increase in workforce numbers, many practices still struggle to recruit and retain dentists and dental care professionals.

Nine out of 10 dentists fear being sued by their patients

Of those, 74% feel that this fear is impacting on the way they practise dentistry.

Of those that fear patients suing them, 64% have made more referrals as a result.

Daniel Elton, 18, died after contracting an infection after he had his tooth removed

The teenager died from a heart infection after visiting the dentist but doctors failed to pick up the condition, an inquest has heard.

Daniel Elton passed away at home in Castle Gresley, Derbyshire after contracting a deadly infection after he had his tooth removed during a dental appointment in Swadlincote, Derbyshire.

Derby Coroner’s Court heard he had been released from Queen’s Hospital in Burton-upon-Trent the day before and the inquest heard that it was now likely a tooth extraction had caused endocarditis, an infection of the inner lining of the heart.

Smoking, drinking and oral sex have all been linked with increasing the chances of having oral cancer.

This study, carried out by researchers in Taiwan, found that fine particulate matter (PM2.5) could also increase chances.

Populations exposed to high concentrations of PM2.5, increased their chances of developing oral cancer by 43%.

However, the research claims ‘the mechanism by which this occurs is not yet clearly understood’.

Wakefield hospital is introducing tannoys to shame smokers ignoring the no smoking signs.

Staff and visitors can press a button to play pre-recorded messages, read out by children, through a loud speaker.

An exampled of one of the messages says: ‘A lot of parents come here for cancer treatment – please think before you smoke.’

Pizzas, pies and sandwiches could all be given calorie limits under new Government plans to tackle obesity in Britain.

This will see many restaurants having to cut the size and number of toppings on their pizzas.

The suggested limits come fresh on the back of figures showing obesity has reached record levels in children.

Enhanced CPD Dentistry UK is back

Enhanced CPD Dentistry UK returns to London this February giving you the chance to gain a substantial amount of CPD.

Running on the 1 February at the Novotel London West, talks will cover all GDC recommended topics.

This one-day seminar is completely free to attend and will provide you with eight hours of enhanced CPD.

For more information and to register your attendance at the show visit www.cpd-dentistry.co.uk, email [email protected] or call 01923 851 771.

The NHS cannot do everything for everyone

The Government needs to be honest with the public and say NHS dentistry cannot do everything for everyone, Michael Watson says.

They must prioritise what needs to be done for health and let the private sector deal with patients’ demands for treatments.

She is calling on practices to send their trainees into schools to help educate children on looking after their teeth.

The calls come after figures show Lancashire’s children have a higher rate of tooth decay than the rest of England.

Following the comments by Councillor Kay, the BDA called for national programmes in England, such as Childsmile found in Scotland.