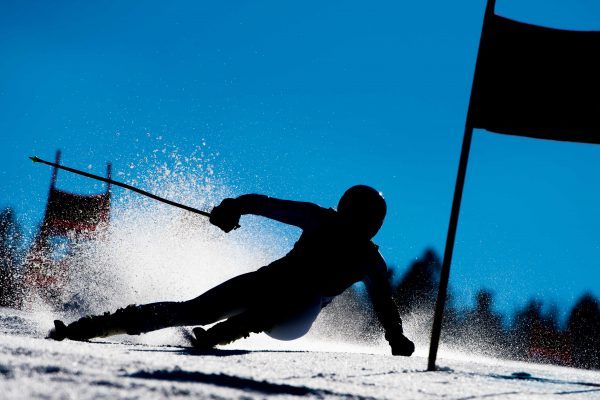 Recent dental graduate, Albin Tahiri, has just become the first athlete from Kosovo to compete in the Winter Olympics.

On Tuesday in the mens ski slalom, where many seasoned professionals crashed out, Albin Tahiri, finished the course claiming 37th place.

‘It was really icy, so I had a lot of problems,’ he told Reuters at the foot of the mountain.

‘But when I saw the other guys fall out, I decided just to finish it because it’s our first race and I wanted to finish my first competition at the Olympics.’

‘Oral surgery is my passion’

The dentist trains mainly in Austria, Italy and Slovenia, due to the poor facilities and infrastructure in Kosovo.

Born to an Albanian-Kosovo father and Slovenian mother, Albin Tahiri has long held a dream to represent Kosovo at the Winter Olympics, with the country only being recognised by the International Olympic Committee in 2014.

He is hoping to take part in all five individual mens skiing events at the Winter Olympics before heading home and finishing off his internship in a dental practice.

‘During these years that I’ve been waiting for Kosovo to become an Olympic family, I just simply decided not to wait and to study instead – so I graduated in dentistry, which was my passion,’ Albin continued.

‘Actually, oral surgery is my passion.

‘I just graduated now, I have one more year of internship and then I‘m thinking about full-mouth reconstruction with implants and so on, something like that, a bit of oral surgery, a bit of prosthetics.

‘Maybe I’ll fix some things from the skiers… no, I’m just kidding.’