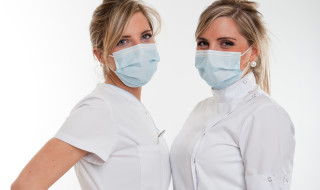 Paul Green looks at how to get the best performance out of each member of your team.

So you have two nurses.

Rita is great. She’s been with you a few years, and behaves exactly as a great nurse should.

She’s friendly, has great customer service skills, smiles a lot and generally has a positive attitude. As you’d expect, this is reflected very well in her work. She is efficient and gets on very well with most of the team, and the clients.

Rita is an example of an engaged member of staff.

But then, there’s Sue. And while there’s nothing fundamentally wrong with Sue, compared to Rita she seems less valuable to you.

She turns up on time and she does her work. But she’s not so friendly or efficient. You’re not quite sure what exactly is going on inside her head most of the time.

Her attitude is less positive, and as a result her work isn’t quite as spot on as Rita’s work is.

Sue is an unengaged member of staff. Given a better opportunity or a higher salary elsewhere, she would probably leave.

Every practice is made up of people like Rita, and people like Sue. But in a small practice where there is no robust performance management process, the problem is they are often developed in the same way.

No matter how many or how few staff you have, there will be great inequality in your team. So they cannot be treated the same. Each needs an individual approach. And there lies the need for one-to-one performance coaching.

You see, trying to develop different members of staff at different levels of ability is impossible in a group setting. In fact, it can be quite dangerous.

If you take a typical group staff meeting where you are trying to get them to do something differently, each person will absorb the message in completely different ways.

Your best staff will take on board what you are saying and execute it to the best of their abilities – as they were always going to.

Your worst staff will ignore what you’re asking. Or ask difficult questions. Or generally be negative. Or – in the worst scenario – declare out loud that ‘this is a stupid idea’ and wittingly or unwittingly influence other members of the team. Often, people go with what the most negative staff say, just because it’s the easiest thing to do.

Of course it’s good to have a mix of people within a team, as it will make it more robust. But you can’t treat them all in the same way. One-to-one performance coaching sidesteps all of these problems, and allows you to treat each individual person as an individual.

You provide your staff the opportunity to grow and achieve optimal performance through consistent feedback, counselling and mentoring.

I truly believe that you can’t be a great leader unless you are a competent coach.

Anyone who has tried micromanaging staff knows it’s tiring and ineffective past a certain size of business. It’s a good way to achieve perfection, so long as you don’t mind working 80-hour weeks and dying young.

And it’s not fair to get angry with your staff. Most practice owners don’t give their staff nearly as much guidance and clarity of instruction as they think they do. You can’t get angry with them just because their mind reading skills are underdeveloped.

Performance coaching allows you to bolster collaboration, nail common goals, harmonise different strokes and resolve conflict, because you’re taking a personalised approach with every single member of the team.

It’s based on the principle that you can’t persuade someone to do something as effectively as they can persuade themselves.

So it’s you and them, sitting down for 20 minutes, on a regular basis. Let’s say monthly. You’re in the right environment, where there are no interruptions (this may mean doing it off site, in a Starbucks). And you’re talking in a structured way.

A good guide for this is using the GROW model: goal, current reality, options and way forward.

Practically, that means structuring your conversation around five core questions:

And the trick is to make sure that you do less talking then they do. As the coach, your job is to ask the right questions, then to shut up and listen.

If you find yourself telling them what to do too often, you’re missing the point of coaching. It’s about them realising what it is they need to do differently.

Because remember…you can’t persuade someone to do something as effectively as they can persuade themselves.

One final suggestion: get them to email you what they are working on after the meeting. This creates a loop back to the start of the next meeting. The best staff will be pleased to show you their progress. The poor performers will have nowhere to hide.

You can get a free copy of Paul’s book, The Root of the Problem, posted to you by visiting www.dentistsmarketingbook.co.uk.