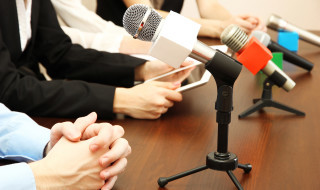 Following the release of the results of the second Practice Plan NHS Confidence Monitor, a group of key opinion leaders met to explore the results in greater depth.

Getting the event underway, Les Jones, marketing director of Practice Plan, shared the results of the latest Confidence Monitor – an independently verified survey commissioned by Practice Plan to monitor the profession’s confidence levels in NHS dentistry – with the panel, which consisted of Eddie Crouch, Sarah Franks, Judith Husband, Andrew Lockhart-Mirams and Brian Westbury.

The results were then verified, with a confidence level of 95% statistically valid.

Les revealed that the survey indicated that a staggering 95% of dental professionals (NHS providers and performers) working within the NHS who responded to the most recent NHS Confidence Monitor have stated that they are less confident in the future of NHS dentistry than they were 12 months ago.

The NHS Confidence Monitor also revealed that dentists are very worried about their own future, with 90% of respondents saying they are less confident about their career prospects within NHS dentistry going forward than they were a year ago.

Confidence levels have dropped dramatically in terms of dentists’ ability to offer their patients the right balance of treatment versus prevention in times to come under the NHS, with 85% of respondents expressing fears that the balance won’t be right.

Ninety-four per cent of respondents said they had lost confidence that practising dentistry within the NHS will offer an appropriate level of remuneration in the future, serving as a worrying statistic for the Government, since this is suggestive of staffing shortages in times ahead if dental professionals choose to leave NHS practice.

It also seems that there is little confidence that dental teams will be able to work effectively within the NHS framework as time progresses, with 89% feeling less confident on this matter than they did in the previous 12 months.

Perception of patient satisfaction is also at a worrying low, with over three-quarters (77%) of respondents lacking confidence that patients will be happy with the outcome of attending an NHS dental practice in the future, when compared to 12 months ago.

Picking up on the survey’s elements that he considered to be related to the Government’s NHS contract proposals, Brian Westbury said: ‘People either haven’t listened to what the Government has said or don’t believe it. But the prevention-focused, staged approach does seem a more logical way of moving through treatment and you would have thought that a really professional approach like that would appeal to the profession. But clearly something has happened to lead the profession to say, “No, that doesn’t give us confidence and it isn’t the way we should be going forward”.’

Responding, Eddie Crouch stated: ‘Managing patients through step-by-step prevention is, of course, the spin of what the Government is proposing. If it was true – that they were giving the profession the opportunity to offer the best care for their patients by going through a staged process via care pathways and various other things – then the changes that they’re making in the prototypes would not be happening. They would have the confidence to allow that to happen.’

Eddie continued: ‘But what the Government is not happy about is that delivering that quality of care results in a drop in access. And the only thing politicians are particularly bothered about is having mailbags full of people moaning about not being able to get an NHS dentist. The Government won’t let access drop, and that doesn’t fit in with what you’re [Brian] saying is the spin of the Government.’

Why the drop in confidence?

Les then asked the panel what they thought may have influenced the stark reduction in confidence levels in a relatively short amount of time. Both Judith Husband and Sarah Franks considered that it may simply have been a case of a different pool of responding individuals; however, Eddie felt differently.

He said: ‘You’ve got a government with a mandate to stay for the next five years and a chancellor who, within days of being elected, stood up in Parliament and said public sector pay will be frozen at 1% for another five years.

‘Building on the evidence of what’s happened previously in an already demoralised profession – that’s going to see a massive dip. Because a 1% pay increase has actually transposed to a 20% pay cut not only for associates but also for practice owners. Even NHS England figures show that is true. We can stomach it for a time, but can we stomach it for 10 years and still stay viable as a business?’

Brian added, ‘That’s a 1% increase that’s not necessarily moving down to performers’, while Judith voiced, ‘We’ve got associates who haven’t had a pay rise since they qualified.’

Eddie went on to clarify that all NHS dentists are being affected by the level of remuneration, stating: ‘It’s not the providers maintaining their income with performers dipping. Both of them have gone down in parallel. So they’re both taking a hit.’

The next topic discussed was what the panel considered to be the Government’s criteria for success. Eddie felt it was access and no more spend, and Andrew voiced his opinion that it was about access over provision of quality.

Judith commented: ‘Quality needs to be improved, as well as access. And savings.’

Eddie responded: ‘Quality of what, though? The work you’ve done or the data they collect? All they want to do is look at the data and use that as a marker for quality.’

Brian added: ‘And I’m not sure the Government is that worried about it. If whatever they’re measuring isn’t up to standard they’ll just take off that 10% that’s allocated for quality. [In the pilots, 10% of the dentists’ contract value was assigned to quality improvement.] They don’t really care unless the Daily Mail gets hold of it.’

Leading on to a fuller conversation about access, Andrew presented figures stating that almost 40% of the population had not seen an NHS dentist in a two-year period*. However, Eddie pointed out that the population had increased by 2.9 million since 2008 so, even though treatment percentage has remained much the same, in reality hundreds of thousands of extra people have been seen by NHS dentists. He said: ‘Spending is less and access is up, so what has the Government got to worry about?’

Judith then shared her own experience of access, stating: ‘We’ve had these discussions in Oxfordshire an awful lot because we’ve never been able to hit the national targets of improvements and traditionally it has been a very heavily private area. But while we’ve had at least £1 million wiped off the budget annually the population has gone up, as has access. As the new chief dental officer has taken on board, if we’ve only got funding for two-thirds of the population we’re never going to give a universal service to 100% of the individuals. It’s going to be crunch time soon. The Government won’t be able to continue providing or pretending to provide a service.’

Les then asked what the workforce risks were for the Government, to which Judith replied: ‘As long as we’re in Europe I think we’re okay. A significant sector of the market is corporate and as long as they can get a good supply of workers there’s no threat of a lack of staff. Without freedom of movement in the EU we would already have a workforce problem. Almost half the registrants are non-UK qualified.’

Andrew brought the discussion to the issue of the profession’s level of insecurity, stating: ‘There’s massive uncertainty. How long can dentists go on like this? The prototypes aren’t even formulated properly. How much longer is it going to take? What prototype is going to address deprivation and various other statistics? We’re looking past 2020 before this is even going to pan out.’

Eddie added: ‘And the 20% cut that’s going to replicate over the next five years. So another five years of hardship while we wait for this to be sorted.’

Judith said: ‘With no big bang. It’s more than likely to be phased in so that adds to the duration.’

Eddie responded with: ‘You have to ask – what’s the problem? They’ve got patient satisfaction in the Friends and Family Test, they’ve got Care Quality Commission inspections that are pretty good for most dental practices, and they’ve got access at 2.9% more than it was. So those aren’t the problem. The problem is that they’ve got a profession that even in their own surveys is shown to be getting more and more demoralised. That’s the Government’s problem.’

The future for young professionals

Picking up on the potential effect of the changes on young dentists, Eddie said: ‘For young dentists, unless there is radical change, it will be too expensive to work as a dentist. With the debt you have as a new graduate, would you go into dentistry in the hope that you might earn enough at some point to pay off your debts and meet ever-increasing costs for, for example, indemnification? Why would you want to stay in it? Why would you want to enter it in the first place?’

Sarah responded: ‘Part of the reason people become dentists is because it’s a profession. If you wanted to join an industry there are a million things you could do. But still, young dentists might move on to something they perceive to be fairly paid and respected by the public at large, as the dental profession used to be.’

Judith added: ‘Patients do like their own dentists but, unfortunately, new dentists don’t have a patient base. So they will be working in access centres, for the corporates, where patients will see someone different every time. They’re working in the highest risk areas for complaints and referrals to the GDC and they are worried, and quite rightly so.

Sarah confirmed this point, saying: ‘You end up with referrals, not because of treatment complexity but because a patient is difficult to manage.’

Eddie said wryly: ‘I’m glad I’m nearly retired. I look over the horizon and it doesn’t give me much confidence. The only positive I would say is that we have a new chief dental officer who is prepared to engage in open dialogue.’

Judith added: ‘Now is probably the time for dentists to consider alternatives and diversification within the profession. I think how we pay the dental profession and the changing needs of the population must to be looked at. I also believe that unless we can pull something out of the hat as far as regulation and litigation goes, it’s going to be extremely damaging whichever area of dentistry you’re working in.’

Wrapping up the discussion, Andrew stated: ‘I think dentists are right to be apprehensive about the future. Would you encourage your child to go into general dental practice? That’s a pretty telling question. Until the public gets behind NHS dentistry, which they’re not, I think it’s a pretty gloomy prospect. Somehow the public has to understand that dentistry, along with the NHS as a whole, is something that they contribute to and not just
demand from.’

*Summary of the dental results from the GP Patient Survey.

Practice Plan is a specialist provider of practice-branded patient membership plans in the UK. For further information on the NHS Confidence Monitor, please visit www.nhsdentistryinsights.co.uk. 1878d
|
Dentistry Features
Dentistry Online uses cookies to give the best experience. If you continue to use our site, we will assume that you agree to the use of such cookies. Read More.
Accept