The insanity of the GDC 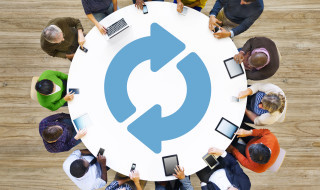 The insanity of the GDC

As I sat at yesterday’s General Dental Council (GDC) consultation, listening to its deliberations on next year’s annual retention fee (ARF), one quote kept going through my mind.

Traditionally, though possibly not accurately, attributed to Einstein, it runs: ‘The definition of insanity is doing the same thing over and over again, but expecting different results.’

The GDC was read out a litany of complaints in response to its consultation from over 900 respondents who were overwhelmingly opposed to its proposals.

You could see the GDC team thinking ‘that’s not our policy, not our strategy’, hoping against hope that if the GDC went on doing the same thing it would get a better result – insanity.

The GDC is always telling us that its big problem is the number of complaints it receives, estimated to rise, we were told yesterday, from 3,148 to 3,589 next year.

The number of these that will reach fitness to practise (FtP) proceedings, let alone erasure or other sanctions, is minimal.

Most should be dismissed at a far earlier stage as not being within the remit of the GDC – something that many of those who responded to the consultation pointed out.

If ‘patient A’ complains that the treatment they had was overpriced and didn’t do what was promised, they have a real complaint, that needs a remedy.

The dentist may well have made a mistake in their case, but it does not follow that they deserve to be ousted from the profession.

In most cases, patient A should be told sympathetically that they have come to the wrong place, that the GDC is a regulatory body not a handler of complaints.

Maybe the new ‘case examiners’, coming as the result of new legislation, will do just that, but I for one am not holding my breath.

They will be appointed by the same people who appear to regard the most trivial complaint as a ‘hanging offence’.

The chances are they will go on ‘doing the same thing over and over again, but expecting different results’ – that is insanity indeed.