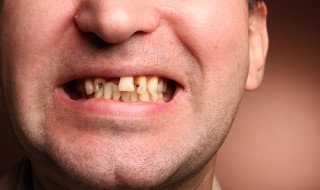 Those that most need dental care are least likely to receive it, Michael Watson believes.

My attention was recently drawn to a 1971 paper in The Lancet by Julian Tudor Hart (no I hadn’t heard of him before either).

It was called ‘the inverse care law’ and suggested that those who most need medical care are least likely to receive it.

Conversely, those with least need of health care tend to use health services more.

Dr Hart (he was a GP) later paraphrased his argument: ‘To the extent that health care becomes a commodity it becomes distributed just like champagne.

‘That is rich people gets lots of it.

‘Poor people don’t get any of it.’

Although Tudor Hart did not provide hard evidence to support his hypothesis, many others have.

Most recently a survey by the Health Service Journal found that patients in leafy Surrey were far more likely to have hip replacements than those living in deprived Liverpool.

It looks like something that might be of concern to Jeremy Corbyn, indeed unfairness and health inequalities have long been concerns of the left in politics.

What I wondered was, did it apply in dentistry?

Does it apply in dentistry?

When some years ago I had the ear of policy makers they used to worry that those living in what they termed ‘leafy glades’ had better teeth and kept them longer.

They also tended to have more fillings and other restorations compared with those in deprived areas.

There were also dark rumours that dentists favoured working in such areas, because there was more opportunity to see private patients.

Indeed some of the thinking behind moving into commissioning for the 2006 contract was to place new dental contracts where the need was greatest in order to address this perceived problem.

What they failed to understand was that attendance at dental practices is a measure of demand, not need.

It requires the patient to want to come through our doors.

The old item of service system was very good for those who needed a lot of work doing provided they came to see you.

Of course when they did in large numbers, such as in 1991/92, they broke the budget and the policy makers didn’t like that.

What they did in 2006 was to put in a system that makes it uneconomic to see a patient who wants a lot of work done and favours those who come frequently for small courses of treatment, those in the ‘leafy glades’ again.

13hr Dentistry
Dentistry Online uses cookies to give the best experience. If you continue to use our site, we will assume that you agree to the use of such cookies. Read More.
Accept