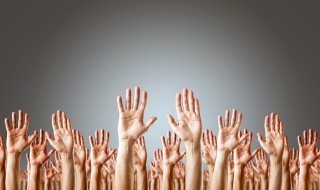 The Government is planning a 50% participation threshold for all trade union ballots for industrial action, there will also be a new threshold of at least 40% of those entitled to vote required for strikes affecting essential public services, meaning that non-voters are assumed as voting against any strike action.

‘Dentists have never been on strike, but as a profession we have little choice but to reject these proposals out of hand,’ Mick Armstrong, chair of the BDA, said.

‘In setting out what would be the most restrictive labour laws in the western world, the Government has chosen to forego the usual niceties such as evidence.

‘In the key areas of fairness and proportionality, areas that should show what these proposals might actually mean for patients and practitioners, we are left in the dark.

‘The threat of industrial action does not loom large over our hospitals or our high street practices.

‘So if the Government wants to sweep away a cornerstone for workers seeking a better deal, they have a responsibility to find a half-convincing argument first.

‘The only clear beneficiaries from such poorly thought out, punitive and ultimately unnecessary legislation will be the lawyers.

‘The Government must think again, and spare taxpayers from the inevitable legal bill.’