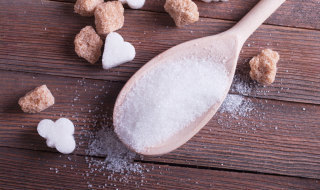 New advice from the SACN recommends the Government cuts the recommended intake of ‘free sugars’.

The British Dental Association (BDA) has called on the Government to listen to the advice given by the Scientific Advisory Committee on Nutrition (SACN) to reduce the burden on the NHS.

The BDA has gone on to launch an online petition to David Cameron inviting both health professionals and patients to lend support to the SACN’s proposals.

‘We have an historic opportunity here to end Britain’s addiction to sugar,’ Mick Armstrong, chair of the BDA, said.

‘The Government now has the evidence and a clear duty to send the strongest possible signal to the food industry, that while added sugar might be helping their sales, it is hurting their customers.

‘Tooth decay remains the number one reason for hospital admissions among young children.

‘By halving recommended sugar intake we could start bringing down the multi-million pound bill we all pay for expanding waistlines and sick mouths.

‘If David Cameron wants to give some meaning to his pledges on prevention he can start today, by finally acknowledging the huge burden sugar is placing on the NHS.’