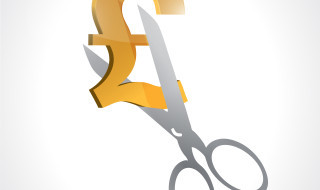 John Milne has criticised both the approach and conclusions of the recommendations for pay awards for general dental practitioners (GDPs).

The Review Body on Doctors’ and Dentists’ Remuneration (DDRB) has opted to leave the question of dental expenses for GDPs to negotiation.

Rather than negotiating, however, the Department of Health, has simply applied a Retail Price Index (RPIx) uplift to the review board’s formula, producing a 1.34% uplift for GDPs in England.

‘We aren’t surprised by the DDRB’s conclusions, but we are unhappy about its approach,’ John Milne, chair of the British Dental Association’s (BDA’s) General Dental Practice Committee (GDPC), said.

‘The DDRB has backed a low uplift and placed dental expenses on the too difficult list.

‘So now we have the unedifying sight of the government stepping in to provide a quick fix as a substitute for meaningful negotiation.’

The BDA has said that the report has yet again failed to grasp the 25% decline in real incomes since 2006, and has called for action on establishing a new basis for calculating dental expenses.

‘What we need is a fit and proper mechanism for establishing an uplift for expenses, not last minute improvisation.’ John Milne continued.

‘The current approach does nothing to arrest or even recognise the long term fall in practitioner incomes, and simply adds ambiguity to an already unsustainable position on pay.

‘We are living in an era of pay restraint, but restraint should not mean pay cuts.’