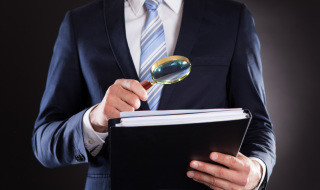 Now the British Dental Association (BDA) has suggested an ongoing supplementary inquiry by the standards authority could determine whether the MPs launch a probe.

The select committee has recently held meetings with the General Medical Council, the Nursing and Midwifery Council and the overarching Health and Care Professions Council.

Mick Armstrong, chairman of the BDA’s principal executive committee, said: ‘We have alerted parliamentarians to our concerns.

‘We await to see what the PSA says about the GDC in its supplementary report, as this will influence whether the health select committee investigates the regulator.’

The possible move follows the PSA’s finding that the GDC failed to meet eight standards of good regulation, six in its fitness to practise function and two in its registration function.

On fitness to practise, the failures included delays in progressing cases, risk management, customer service, communication and the secure retention of information.

The regulator also censured the GDC for failing to maintain accurate registers, with multiple mistakes due to human error, IT and the movement of data between systems.

The failings come on the back of an investigation requested by the health secretary in 2011 and other deficiencies highlighted by the PSA last year.

The regulator launched a further investigation in April, which is expected to report back by the end of the year, although no date is set.

Mr Poulter’s suggestion came in a written parliamentary answer to establish if the Department of Health had made its own assessment of the performance review.

He wrote: ‘The department has noted the report findings.

‘It is now for each independent regulatory body to reflect on their recommendations and take action.

‘In the past, the health select committee has used the annual performance review report to explore progress made against each recommendation with each regulatory body.’

The BDA remains most alarmed about the proposed huge hike in the annual retention fee (ARF), but has wider concerns about the way the regulator operates.

In the summer, the GDC said it recognised its failure to meet the PSA’s standards was ‘entirely unacceptable’, but insisted it had taken action to tackle the problems identified.

A spokesman for the health select committee said: ‘The committee’s programme is not yet finalised, but we don’t currently have plans to call the GDC.’